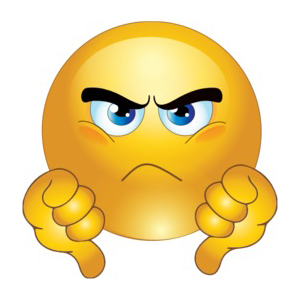 A couple of months ago someone wrote a bad/one star review of my first book, The Ultimate Guide to Unarmed Self Defense, on Amazon.com.  There are two unfortunate aspects to this review.  First, it is entirely wrong.  And second, it caused my book sales to immediately drop by about 75%.  I’m going to address the points this person made in the review here on my blog.

You can see the bad review here.

I think the main reason he disliked the book was due to his misunderstanding regarding this sentence that he wrote: “The author’s insistence that sport based fighting form the base for real world self defense was also highly suspect.”

On both my website and in my book, I explain that the foundation of unarmed physical self defense training should be what I call the MMA Base, which is simply training punches, kicks, knees, elbows, and wrestling against an uncooperative opponent.  If you do not train these most common techniques against an uncooperative opponent, then you cannot learn to defend against them.  Period.  Many martial arts practitioners do not realize this.  It should be entirely uncontroversial, but unfortunately it isn’t.  In order to learn to defend against something, you have to actually train against it!

Before I get to the MMA Base in the book, in Chapter 1 I cover the difference between self defense and martial arts, pointing to the fact that self defense and MMA/sport based fighting are not the same.  The first chapter of my book points out the opposite of what this reviewer claims I insist upon.  The second and third chapters are all about violence, avoidance, awareness, and prevention – part of the strategic side of self defense.  I write in the book that this should be all you need for 99% of self defense.  Again, this is the opposite of saying that sport based fighting should form the base for real world self defense.  Chapters 4 and 5 cover more aspects of self defense strategy, along with functional training.  In Chapter 5 one section is titled “Self Defense: Beyond the MMA Base“, which includes this:

“The techniques and systems of the MMA Base are designed primarily for one-on-one sport based fights between people in similar weight classes, in an area designed for safe fighting, where both participants know what is about to happen. There are rules that prohibit some of the most effective and damaging techniques from being used, and by removing those techniques from the equation, unique and effective footwork, perfect for self defense, is also neglected. For the most efficient and effective physical self defense, we must go beyond the MMA Base.”

I proceed to explain why sport based fighting is not enough for physical self defense.

After Chapter 6, on the MMA Base, there are chapters on Functional Self Defense, Environmental Applications, and Physical and Mental Fitness – all important components of self defense that have nothing whatsoever to do with sport based fighting.  So I’m not sure what book this reviewer read, but it doesn’t appear to be mine!

The reviewer also wrote, “I did not find any new or original material and/or insights inside this tome.”  Again, he must not have read the book.  I have hundreds of martial arts and self defense books myself, and spend time at least looking at every new book that I come across.  I can guarantee this reviewer that he has never seen some of the concepts, strategies, and techniques that are covered in my book.  There absolutely are new and original material and insights in my book.

What frustrates me about this review is not so much that this one person missed just about everything in the book, although that is frustrating, but that his misguided review has caused many people not to buy the book.  (This is most likely due to the book ranking worse because of his review, although I’m sure some people have decided not to buy it after reading what he wrote.)  And the primary reason I am frustrated about people not buying the book has nothing to do with me making money by selling it.  I made this website and wrote the books because I genuinely care about people knowing what works and what doesn’t in terms of self defense.  It is a passion of mine.  This is not what I do for a living.  I don’t need the money.

I receive emails almost every day from people who have either read my books or spent time on my website, telling me how much they have learned from the material.  Most of them have practiced other martial arts, and many are martial arts instructors.  Just as I was taught ineffective material and thought it was effective, these people have done the same.  Reading my books and training the material in them has allowed people to see what actually works and what doesn’t, to really learn self defense, and to make their training much more functional and realistic.  It frustrates me that this one bad review from someone who clearly either didn’t read my book or somehow didn’t see most of what was in it, has substantially decreased the number of people who have access to realistic, functional material.

So I have a favor to ask.  Many of you reading this have purchased my books.  Many of you have emailed me to express how much you learned from them.  If you’ve read the books, please take a minute or two to write a review on Amazon.  Doing so will help other martial artists and self defense practitioners who won’t see this material otherwise.  Thank you!

I haven’t posted or sent out any emails/updates in several months now.  I’ve been very busy with a number of big changes.  At some point early next year things will settle down, and I have plans to add more videos to my website in addition to possibly offering instructional videos.  I’ll also get back to posting more on this blog.  I have a backlog of at least a couple hundred emails, and I apologize if you’ve written and I haven’t written back.  I’ll try to respond soon!