How to Develop Chi Power 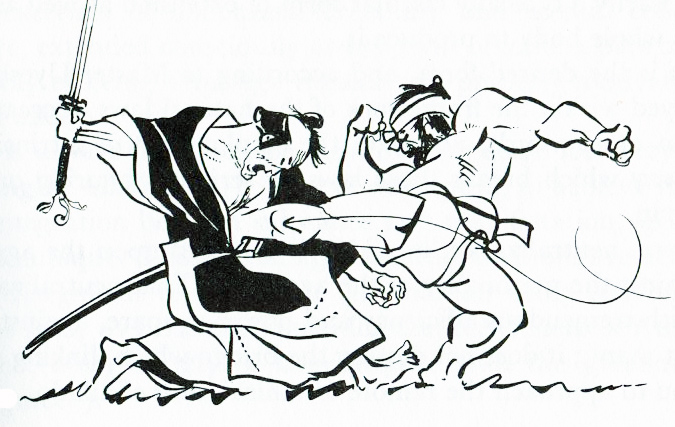 The Power of Chi

I get numerous emails every day from subscribers, and I make sure to answer every one of them.  But people ask many of the same questions, and I figured it would be valuable to answer some of those questions on this blog from time to time.  One that I got just a moment ago, which I regularly get, is asking how to develop chi power.

The term Chi or Qi (in Chinese, AKA Ki in Japanese), can mean a great variety of things.  The best rough translation is probably energy, although others might argue life force is more common (not necessarily more accurate though).  But it’s used in so many different contexts, from universal energy and Chinese medicine to martial arts and feng shui, that it needs to be defined in each context in order to be useful.

My feeling is that because the concept of chi originated prior to the scientific understanding we have today, along with corresponding words and definitions, it was used to describe a variety of different things we now have more precise terms for.  In almost all situations, we’d be better off using those more precise terms than using the term chi, particularly because chi is so often associated with magic.  No one in their right mind believes in magic.  But many people (also not really in their right mind), do believe in magical uses of chi.

With respect to martial arts, chi is generally used to refer to energy…the energy or power present in a technique, or in a person’s body.  Advanced practitioners who exhibit a great deal of power, rootedness, etc., are said to have chi power.  Unfortunately, the term chi power is also used to explain complete BS, like throwing invisible balls of chi to defeat opponents, knocking people out without touching them, etc.  A surprising number of people still fall victim to charlatans and frauds professing to have magical powers, despite these things being disproved over and over again.  A quick YouTube search for any of the particular magic uses of chi will show various examples of these uses failing against anyone who is not a member of the magician’s group.

Then what is chi power as it relates to martial arts?  How can some advanced practitioners exhibit such power?  The explanation is pretty simple, and makes perfect scientific sense.  I’ll start with a non-martial arts example many people will be familiar with.

In high school I was on a power lifting team, and when I began teaching martial arts for a living, I also became a certified personal trainer to supplement my income while building my business.  I had noticed something that every personal trainer has seen over and over again, and something that anyone who has worked out seriously will have seen in themselves.  When a person first goes to a gym and begins to lift weights, especially if they haven’t been athletic, they can lift very little.  If they push hard, in just a few workouts, they’ll make dramatic gains in strength without corresponding gains in muscle mass.  In the mid-term, their body will change.  They’ll gain muscle, lose weight, etc.  Then, their body will plateau in terms of size and weight, but they’ll still be able to increase the weight they lift.  How is it that a person can increase their strength without increasing their muscle mass?

This is something I learned about when studying for my personal training certification test.  In order to use your muscles, your brain sends electrical impulses to what are called motor units within the muscles.  Sending these impulses to the motor units is called recruitment.  Aside from the amount of muscle a person has, there are two factors in this process that determine the degree of strength or power a person can use: the frequency of the impulses that are sent to the motor units and the number of motor units that are recruited.  So a person can and will increase their strength without increasing their muscle mass, by using their brain (energy) more effectively.  With time and practice, a person will learn to send a higher frequency of impulses to a larger percentage of motor units, dramatically increasing their power and strength.

Another important factor in the use of muscular power is the role of tension and relaxation.  A beginner will tense muscles that are unnecessary to tense, and this includes muscles that are in opposition to the desired movement.  If you tense or contract your biceps as you push forward, when you should only be using your triceps, you’ll inhibit your speed and power with the oppositional tension.  The longer a person practices a physical movement, the better and more efficient they’ll become.  Practitioners with more experience only tense the necessary muscles and keep the rest of their body relaxed.  This also gives the appearance of a more relaxed power.

The proper use of structure is another major component of strength and power, and one that takes time to develop.  Good structure entails using your body with the best possible alignment for any given task.  Beginners will often punch using only their arm, for example, whereas a practitioner with more experience will punch in such a way that the entire body is used, and the structural alignment of the punch maximizes its power.  Structure can also be used to maintain a position, where an opponent struggles against the strength of bones rather than muscle alone.

Leverage serves to maximize or multiply force.  Applying a joint lock with poor leverage will require a great deal of strength and may still fail, whereas applying the same lock with good leverage can be easy even on a stronger opponent.  Leverage can be used to maximize the power of an offensive technique, and denying an opponent the leverage he needs can also be used to prevent his attack from succeeding.

Frequency of impulses and recruitment, relaxation and tension, structure, and leverage are all ways to dramatically increase strength and power.  When combined, they can lead to incredible displays that seem to border on the impossible.  But it all comes down to physics.

Some so-called teachers mystify students with their displays of chi power, and hold students back (maintaining their god-like status in their student’s eyes) by using terminology and training methods that make it difficult or impossible for students to reach the same levels.  Rather than using the term chi, more descriptive and useful terms can be used to increase a practitioner’s skills far quicker and more effectively.

The way to develop chi power, or powerful energy in combat arts, is to maximize the frequency of impulses to muscles, to recruit as much of the muscle as possible, to keep opposing muscles relaxed while tensing the right muscles at the right time, and to maximize the use of structure, leverage, and body mechanics.

How can this be done?  Practice.

Just like with lifting weights, if you don’t push to your limits, you won’t increase your limits.  You won’t get stronger.  The way to increase your ability to use your muscle is to push to and eventually beyond your limits.  There’s nothing better than full speed and power practice to do that.

Practice sparring, hitting focus mitts, and hitting a heavy bag.  The more you practice, the better you’ll get at using the optimal combination of relaxation and tension.  Especially when you push your limits, you’ll be forced to relax, as remaining tense will require too much effort.

The best way to learn to maximize structure and leverage is to train with a teacher or partner who knows and can communicate the most efficient and effective positions and ways to apply techniques, and then to train against an uncooperative opponent who tests your structure in motion.

Doing solo forms can increase your power.  By doing them fast, hard, and to exhaustion, you can push your limits.  And if the techniques within them are designed to maximize structure and leverage, you may learn something about that.  But the fastest way to increase your power is through training with a partner.  A partner will provide something to push against, but even more importantly, a partner will ensure that you can actually use your power.

There’s nothing magic about the use of energy or chi.  The expert use of it may seem amazing to those who don’t understand the mechanics.  And, some people may be mislead into believing the impossible due to martial arts frauds.  But all it takes is functional practice.  The more realistic and functional your practice is, the quicker you’ll develop and increase your strength and power.

Want to get FREE self defense material and tips?
Just enter your name and email below:
May 23, 2013| Categories: B.S. in the Martial Arts, Martial Arts Controversy, Training Methods | Leave a Comment »