How to Learn 10x Faster 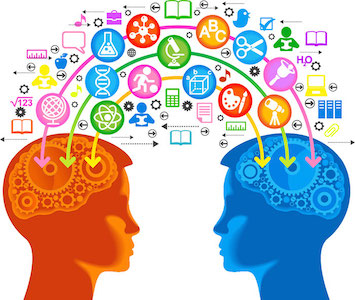 I recently started taking lessons with another excellent oud/music teacher, and the exercises he has been having me do in our lessons have reminded me yet again how important teaching and learning with an optimal curriculum is.  The difference in the quality and speed at which you can learn with optimal practice is incredible.  I recently played for a friend of mine who has played the oud since he was a kid, and he remarked that in the last three months I’ve made seven years of progress.  That’s probably an exaggeration, but the point is solid.  The same goes for martial arts/self defense, or anything else you may be learning.

Unfortunately, in my experience most teaching is far from ideal, and most students really don’t know how to practice to get the best results.  Even when you do know how to practice optimally, the natural temptation is to do what seems easier or what you feel you may enjoy more, and it’s easy to get off course.  Two years ago I wrote a post titled 5 Tricks to Learn Better and Faster.  Two of the most important tips in that post were to master one small thing at a time and to practice just beyond your ability rather than attempting to go too far beyond it.  Even though I wrote that post myself, in my music practice I’ve still tended to practice playing entire compositions rather than breaking them into small/difficult parts in order to improve, and I’ve often practiced material that was far beyond my ability.  I got very little benefit from such practice, and a good bit of frustration.  And this is despite my first teacher telling me to do otherwise!

I see the same thing in martial arts practice all the time.  For example, at the last school I went to I watched as an instructor had students practice a combination of techniques that nearly everyone was failing to execute.  Why?  Because most of the people in the class weren’t able to do each of the individual techniques in the combination well enough.  They couldn’t possibly remember the combination, because they were too busy failing to do the first technique in the combination correctly.  But rather than stopping and working on each technique one at a time, the instructor just watched as the students made sloppy attempts, and then he moved on to the next combination they were unable to do!  This kind of practice is not only useless, but counterproductive.  But it’s common everywhere…

My wife and I have both taken foreign language lessons.  Recently my wife was complaining that her teacher has her read whole pages out loud, where she doesn’t know a substantial number of words.  This is how her textbook is arranged.  And I had exactly the same experience in my first foreign language classes.  Our teachers simply followed the text books without thinking about how much sense the curriculum made.  It would have made far more sense to learn the vocabulary first, then to listen to the teacher read the material, and then to read through it ourselves.  Trying to read through something where you don’t know what the words mean or how to pronounce them is pointless, frustrating, and counterproductive.  Yet, many language books are structured that way.

Attempting to learn or practice like this is like teaching someone a few boxing moves and then telling them to fight.  It just doesn’t work.  Students with such sub-optimal training will end up overwhelmed and developing bad habits.  And bad habits take much longer to correct than if the material had been learned well in the first place.

The solution is simple.  You need to use what Matt Thornton called the I Method, which I have briefly written about in the training section of my website and in detail in my first book.  There are three phases to the I Method: introduction, isolation, and integration.  It doesn’t matter what you’re learning.  The concepts are the same.

Begin with a single technique.  This is the introduction phase, and it only takes a minute or two in most cases.  Then drill the technique in an easy/cooperative environment with progressive resistance and intensity.  This is the isolation phase, where the technique is learned well and pathways in the brain are really laid down.  The isolation phase can and often should always be a part of training, where you can perfect technical mechanics and increase speed and power without being interrupted.  And the final phase is the integration phase.  At this point you integrate the technique into actual performance.  And at this point it is crucial that you do not train too far above your ability!

You can start the integration phase with a single technique and a single defense with low intensity, and slowly and gradually add techniques and intensity.  The key is to train right around the edge of your skills.  Sometimes a little below them, where you can perform solidly, sometimes at the border where it’s challenging, and sometimes JUST past your level where you fail.  Once you fail, you can stop, determine why you failed, create an isolation exercise to address the failure point, and then re-integrate.

This strategy of training right past the edge of your ability, figuring out why you fail, and creating an exercise to deal exactly with that failure, will lead to very fast and efficient increases in your skills.  On the other hand, if you either get stuck in the introduction phase, which is what happens in many martial arts that primarily use solo training, or get thrown into the integration phase with too many techniques and too much intensity too soon, as is also common, you’ll end up learning very little of anything that actually works.

You can and should apply this to everything that you do or teach!  🙂