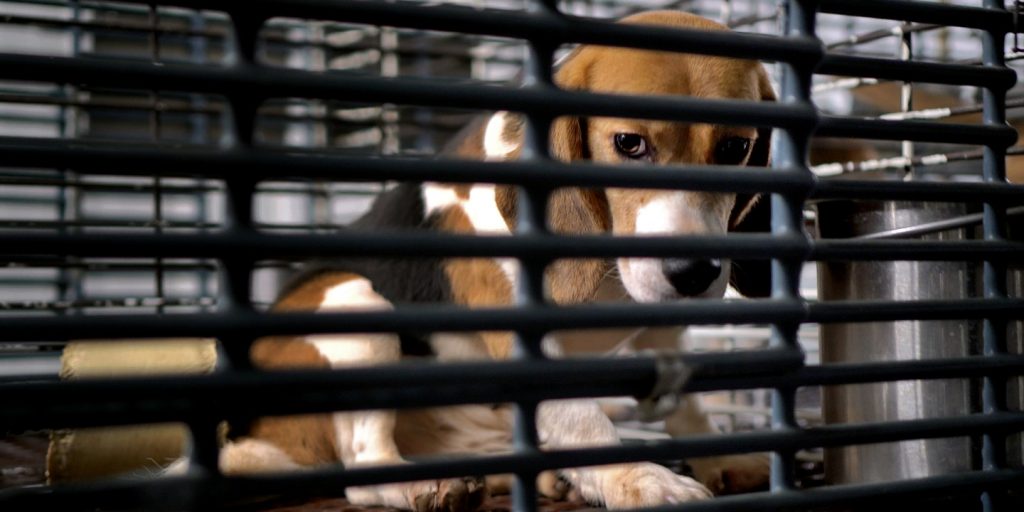 There is very little if anything that pisses me off more than people torturing or abusing animals. Of course it’s terrible when people abuse other people, whether on an individual basis or on a societal level…war, genocide, etc..  But at least people have the ability or potential to flee, speak up, or fight back.  Animals can’t speak up, they can’t escape, and they can’t fight back.  In my view, people who abuse animals are the worst of the worst – people who should not be allowed to live freely and continue their horrible acts.

So today when I came across this article, Bred to Suffer: Inside the Barbaric U.S. Industry of Dog Experimentation, it pissed me off.  The U.S., and most if not all countries, engage in all sorts of horribly immoral acts.  The government employees that sanction them and the people that commit them likely justify them with some kind of mental gymnastics, something that makes them think they aren’t doing something as bad as they actually are, that there is a greater good they are serving, etc..  And I’m sure that with dog and other animal experimentation the researches justify their actions by imagining that they are serving some greater good…making sure the cosmetic products they’re pushing aren’t bad for human health for example, or testing untested medicines on animals to see what side effects they cause, if they’re deadly, etc..

But here’s the thing:  Imagine that some humans or some other creatures evolve to have larger brains and to be even more intelligent than humans.  Imagine that these greater-than-human creatures would like to do everything from putting cream on their faces to curing diseases that they have, but they aren’t sure their products are safe and won’t cause them problems.  Would it be ethical for them to cage you and your family in order to test their products on you, simply because you are less advanced than they are?  Surely the answer is no.  And if it is no for you, it also must be no for creatures that are less advanced than you are.  Without striving toward such a standard, we are hypocritically creating a world we wouldn’t want ourselves or our families to live in.

If people feel the need to test products to be used on other people, they need to be tested on other willing people.  We have no right to experiment on other conscious creatures fully capable of suffering, simply because they are “less than human”.  If this means we can’t use this cosmetic product or that cosmetic product, or that we can’t test medicines as quickly, then so be it.  Nothing gives us the right to torture other animals, just as no other animals have or will have the right to torture us.

I ask that you share this story, https://theintercept.com/2018/05/17/inside-the-barbaric-u-s-industry-of-dog-experimentation/, every place you can, and do what you can to avoid and stop such products and practices.  Do what you can to make the world a place that is best for all living beings.  If you have any ideas as to what we can do to stop these practices, feel free post them in the comments.